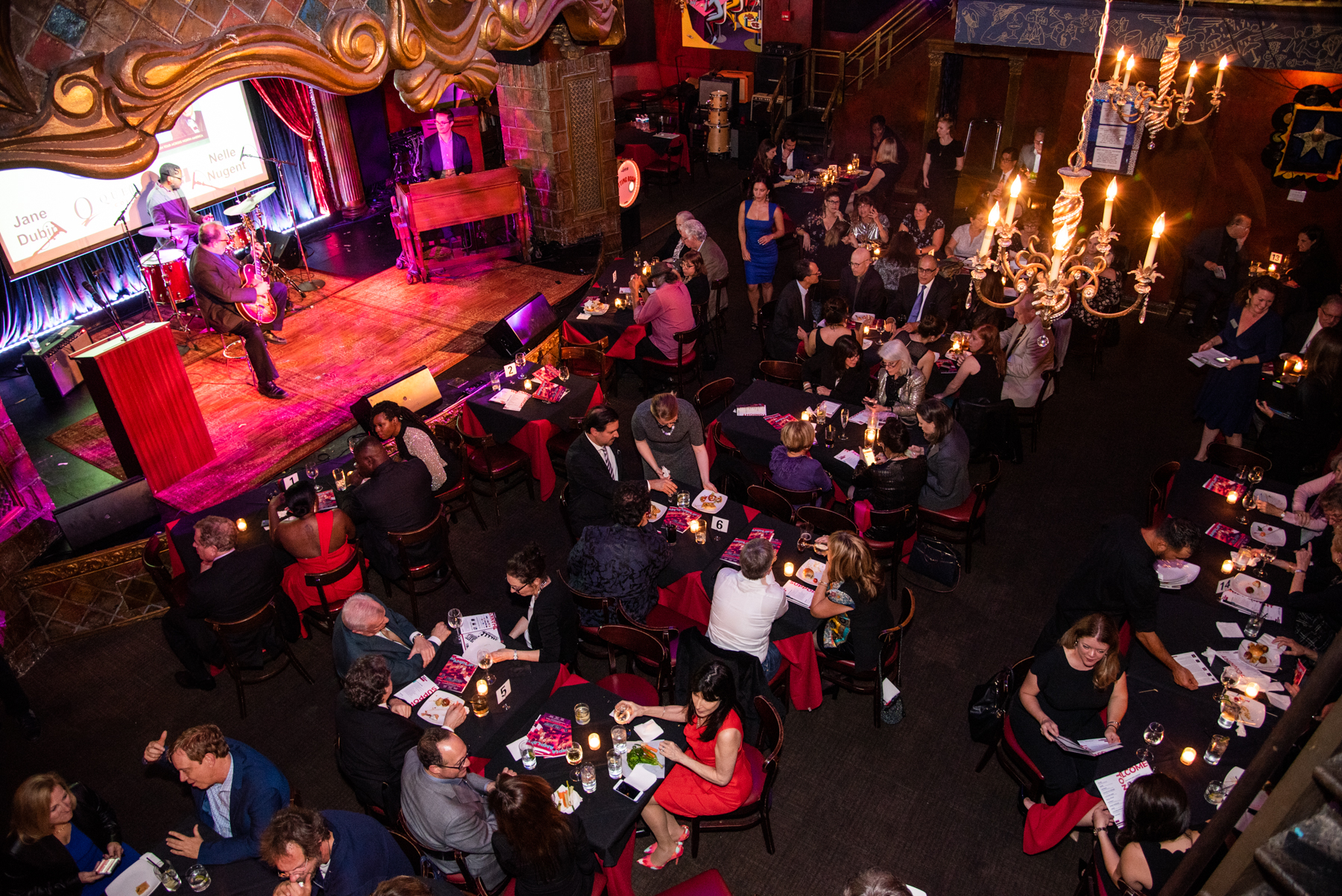 make a pledge & Enter the raffle

With introductory remarks by Voza Rivers, Executive Producer of New Heritage Theater Group
And special performance by Jamaal Fields-Green from MJ The Musical

With introductory remarks by Emily Joy Weiner, Co-Founder & Artistic Director of Houses on the Moon
And special performance by Rose Hemingway and John McGrew from VILLAGE OF VALE

“I’ll Take You There”

JANE DUBIN is a TONY Award-winning producer and the President of Double Play Connections, a theatrical production and management company committed to supporting emerging artists and playwrights in the creation and development of new works. Jane is a graduate of the Commercial Theatre Institute’s 14-week (NYC) and O’Neill Center Intensive (CT) Producing Workshops and Director of Theater Resources Unlimited’s Producer Development Program Master Class.

Ms. Dubin is Chair of the Board of Directors of Houses on the Moon Theater Company and a recent Board member of the League of Professional Theatre Women.  She is a member of the Broadway Women’s Alliance and the Off-Broadway League.  For two years she was co-curator of the Hudson Valley Writers’ Center New Play Reading Series. She co-produced Hudson River Rising, presenting events in Westchester for One Billion Rising (V-Day) 2013 and 2014.  She was a strategic consultant to SPACE on Ryder Farm, an artists’ residency in Brewster, NY and a member of the Grand Jury for New York Musical Festival’s 2015 – 2019 seasons.  She served as an evaluator for a NAMT innovation grant panel and for Bethany Arts Community’s residency program.  She is a frequent panelist and guest lecturer on theater-related matters.  Jane serves on the advisory boards of Elizabeth Mascia Child Care Center (Westchester), Axial Theatre and Dirty Laundry Theatre

Before embarking on her career in theater, Ms. Dubin spent over 20 years in the financial services industry.  Trained as an actuary, she was a Managing Director at Equitable Capital Management Corporation (a subsidiary of Equitable Life) and then principal of a private investment firm, as the Director of Marketing and Client Services.  Ms. Dubin has an MBA in Finance from NYU and is a Phi Beta Kappa graduate of the University of Rochester, with a BA in Mathematics and an MS in Public Policy Analysis.   While at Rochester, she was awarded an internship at the White House.

Aaliytha Stevens is the Chief Operating Officer at SpotCo, the world’s leading full-service advertising, marketing and branding agency. She joined the company in 2002 as a member of the account services team and got her start managing brand and media strategy for Manhattan Theatre Club, Cirque du Soleil, and The Radio City Christmas Spectacular, to name a few. Today, she is the highest-ranking person of color that is a business professional representing marketing, publicity, and advertising across the entire Broadway industry. She is passionate about philanthropic giving, fair workplace practices, and equity and diversity in the industry: improving its statistics from the root up. In addition to spearheading Equity, Diversity & Inclusion initiatives for SpotCo and its clients, Aaliytha specializes in multicultural audience development and community outreach. She proudly co-chairs the Multicultural Taskforce at The Broadway League, and sits on their Equity, Diversity & Inclusion and Business Development Committees. Aaliytha is on the advisory board of The Theatre Leadership Project. She is also on the board of New Heritage Theatre Group of Harlem, and she is a founding board member of the Black Theater Coalition.

Serena Martin-Liguori serves as executive director of New Hour for Women and Children—Long Island, a nonprofit dedicated to supporting women and children impacted by incarceration. New Hour provides direct-service programming in the Suffolk County jails and reentry support to women across the state returning to Long Island. Prior to leading New Hour, she was the executive director of Herstory Writers Workshop, a nonprofit dedicated to bringing marginalized voices into the public arena. Serena served as associate director of policy at the Correctional Association of New York’s Women in Prison Project, where she spearheaded legislative initiatives and policy advocacy addressing prison reform. She was the key organizer of a successful effort to create the Adoption and Safe Families Act Expanded Discretion Law, which works to secure parental rights for incarcerated parents as well as the Anti-Shackling Law, which prohibits the shackling of incarcerated mothers during labor. Serena is a survivor of isolated confinement, received her associate’s degree in the College Bound Program at Bedford Hills Correctional Facility and her bachelor’s degree from Adelphi University. Serena co-leads the Justice for Women COVID-19 Task Force along with WCJA, serves on the Suffolk County Police Reform and Reinvention Task Force and Governor Hochul’s NYS Domestic Violence Task Force. She is a recipient of the 2018 Citizens Against Recidivism award. She enjoys preparing her family’s favorite traditional Puerto Rican meals.

Miles Grose is an experienced writer/actor/producer/director who is the co-host of the Team CoCo produced podcast, “May I Elaborate: Sound Wisdom With JB Smoove.  Currently he has a children’s book that he wrote for Scholastic Publishing called “The Tyrell Show” and very recently he directed a celebrity driven interview series for the MSG Network called One Course.  In addition Miles spent 25 years as a Teaching Artist and has a long standing relationship with Houses On The Moon and a deep rooted love for the work that they do.  In July working for Houses he collaborated on and directed the Just Futures project – Voices across Generations: Race and New London – A Multimedia Performance at Connecticut University.

Tonight’s celebration would not be possible without the support from the 2022 Honorary Committee:

We are also grateful to our sponsors:

And our generous donors:

Support from Friends and family